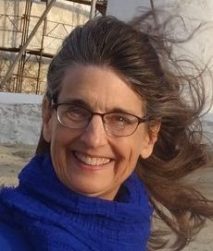 East River Editorial offers copy editing and proofreading services to a small number of specialized clients. Editor Ann H. Stevens has been in the editing and publishing field since 1989 and now focuses on non-fiction books on history, photography, and the arts.

East River Editorial is pleased to publish the work of poet Wynne McClure and offers her books for sale on this website. Other books may be purchased by clicking on their links below.

Clients include the Cary Graphic Arts Press at Rochester Institute of Technology, George Eastman House International Museum of Photography and Film, Ontario County Historical Society, and the Town of Penfield, New York, among others.

Arthur Singer: The Wildlife Art of an American Master by Paul and Alan Singer (RIT Press, 2017)

Reach for the Universal Flower—a collection of poems about love, by Wynne McClure (East River Editorial, 2013)

The Bentons: How an American Father and Son Changed the Printing Industry, by Patricia A. Cost (RIT Cary Graphic Arts Press, 2011)

Echoes of the Mother Road—People, Places and Events You Might Want to Ponder as You Drive Along Route 66, by Sherman Farnham, Jr. (2011)

Imagining Paradise: The Richard and Ronay Menschel Library at George Eastman House by Rachel Stuhlman, Sheila J. Foster, and Manfred Heiting (Steidl, 2007); winner of the Silver Medal from the Deutscher Fotobuchpreis 2009 in the category of “Photo History/Photo Criticism”

You can contact me at eastriveredit at Frontiernet dot net.